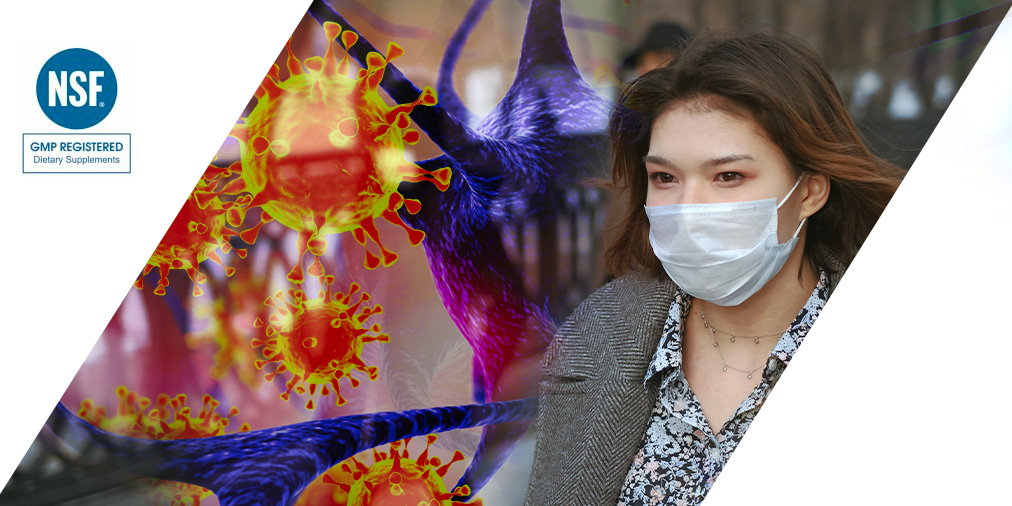 The recent health pandemic has forever changed consumer perspectives towards health and immunity. As we have become more health–conscious and adopted new behaviors, our relationships with our bodies have evolved. The way we think about and approach health has changed. From masks, handwashing, and vaccines, to diets, self-care, and exercise, we’ve all been trying to prevent illness from happening in the first place rather than relying on a cure.  This  is why more and more of our clients have been creating formulas with an emphasis on overall health and immune system support.

Establishing a Baseline for Immune Supplementation

Throughout the last 2 years, we’ve seen our practitioners create hundreds of variations of Immune-based formulations.  Observing that there are common ingredients and a need for a baseline to help practitioners get started with their own Immunity formula, we’ve added a new formulation to our own in-house supplement offerings.

We are now offering this powerful formulation as a part of our own line of In House formulations.  Though we are happy to offer the formula as is, we encourage you to take this formula and make it your own if you would like. Simply add this formula to your formulator using the Protocols link and customize away.

Zinc contributes to immune defense by supporting various cellular functions of both the innate and adaptive immune systems. There is also evidence that it suppresses viral attachment and replication. Zinc deficiency is common, especially in those populations most at risk for severe COVID-19 infections, and is challenging to accurately diagnose with laboratory measures. Supplementation with zinc is supported by evidence that it both prevents viral infections and reduces their severity and duration. Moreover, it has been shown to reduce the risk of lower respiratory infection, which may be of particular significance in the context of the recent health pandemic.

Activated vitamin D,1,25(OH) D, a steroid hormone, is an immune system modulator that reduces the expression of inflammatory cytokines and increases macrophage function. Vitamin D also stimulates the expression of potent antimicrobial peptides (AMPs), which exist in neutrophils, monocytes, natural killer cells, and epithelial cells of the respiratory tract.31 Vitamin D increases anti-pathogen peptides through defensins and has a dual effect due to suppressing superinfection. Evidence suggests vitamin D supplementation may prevent upper respiratory infections.32 However, there is some controversy as to whether it should be used and the laboratory value that should be achieved. Research suggests that concerns about vitamin D (increased IL-1beta in cell culture) are not seen clinically. The guidance we suggest is that a laboratory range of >50 and < 80ng/mL serum 25-hydroxy vitamin D may help to mitigate morbidity from the recent health pandemic.

N-acetylcysteine promotes glutathione production, which has been shown to be protective in those infected with influenza. In a little-noticed six-month controlled clinical study enrolling 262 primarily elderly subjects, those receiving 600 mg NAC twice daily, as opposed to those receiving placebo, experienced significantly fewer influenza-like episodes and days of bed confinement.

Quercetin has been shown to promote antiviral effects against both RNA (e.g., influenza and coronavirus) and DNA viruses (e.g., herpesvirus). Quercetin has a pleiotropic role as an antioxidant and anti-inflammatory, modulating signaling pathways that are associated with post-transcriptional modulators affecting post-viral healing.

Vitamin C contributes to immune defense by supporting various cellular functions of both the innate and adaptive immune systems. Vitamin C accumulates in phagocytic cells, such as neutrophils, and can enhance chemotaxis, phagocytosis, generation of reactive oxygen species, and ultimately microbial killing. Supplementation with vitamin C appears to be able to both prevent and treat respiratory and systemic infections.

Personalize Medicine for Your Patients Via their Genomic Data | Functional Genomic Analysis
August 11, 2022

NEW – Script pads! Build your own Individualized Nutritional Prescription in under 1 minute with this new Tool
July 12, 2022